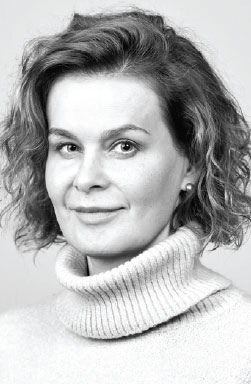 Background. The significant expansion of the Internet over the past few decades has led to new public problems. A broad discussion of the development factors of Internet adduction helps to popularize the idea of the existence of an addictive risk, in particular in the adolescent’s population. The interpersonal characteristics of adolescents and family members can increase vulnerability to Internet addiction.

Objective. To analyze the characteristics of the family relations of adolescents in groups with different levels of Internet addiction.

Design. The study included 1,119 Internet users – 565 girls and 554 boys between 15 and 18 years of age studying in secondary school in Kopeysk, Chelyabinsk region.

Results. The split of the CIAS scale by final score allowed the sample to be divided into 3 subgroups: minimum, moderate and high risk/availability of IA (Internet adduction). There are significant differences in the way adolescents perceive the pedagogical practices of parents: participants with moderate risk of IA more often reported hostility (p < 0.001) and inconsistency (p < 0.001) on the part of the father, also characterized their mother as directive (p = 0.001), hostile (p < 0.001), inconsistent (p < 0.001) and critical (p = 0.010). The minimum risk group noted a more emotional relationship with the father (p = 0.024) and the mother (p = 0.005). In comparisons 1 and 3 the results repeated the inter-group differences of the first two groups, but with the exception of criticism, which was not significant. Groups 2 and 3 were distinguished by inconsistency (p < 0.001) and hostility (p = 0.018) on the part of the mother. Similar results were obtained in the construction of the correlation model. Through step-by-step regression analysis, factors that contribute most to the development of Internet addiction were determined – “Inconsistency (mother)” (p < 0.001).

Conclusion. The data show that there are some differences in the way in which parents perceive the pedagogical system in adolescents, with varying levels of Internet addiction.

Background. Family of schizophrenic patient plays a key role in their psychosocial adaptation. On the other hand, according to numerous data, adverse family relations are associated with high relapse risk. Family member’s illness is a severe stress factor for the whole family. However, families differ from each other to the degrees of emerging dysfunctions. Yet mechanisms which underlay interactional disturbances in those families remain unexplored.

Objective. The study represents complex research of the role of symptoms severity, interactional characteristics of a family, which are represented in family flexibility and cohesion parameters (FACES-3), and emotional and communicative competence (EmIn Lousin D.V.) as well as life satisfaction of main caregiver in psychosocial adaptation of a patient with schizophrenia.

Conclusion. The results indicate that the possibilities of social adaptation in patients with schizophrenia are determined by both objective factors (the severity of psychopathological symptoms) and the character of family dysfunctions that are closely associated with the emotional and communicative competence of main caregivers. In this way development of communicational skills in major caregivers may be the part of complex psychosocial interventions into schizophrenic patient’s families. Further research in this area may be aimed both at assessing the effectiveness of interventions, and at improving the tools to be used through experimental methods of assessing the family disruptions and emotional and communicative competence, as well as expanding the number of measured parameters (e.g. cognitive deficit of patients) for a more comprehensive understanding of the problem.

Background. Impaired ability to regulate the emotional state is significant both in the onset of alcohol addiciton and in its course. Despite the fact that it is generally accepted to consider alcoholism from the point of view of the biopsychosocial paradigm, cross-cultural studies of the individual psychological properties of patients with alcoholism are extremely few.

Design. The research involved patients who were treated with drug at St. Petersburg Bekhterev Research Psycho-Neurological Institute (St. Petersburg Bekhterev NIPNI) and Yakutsk Republican Drug Dispensary. The sample included persons aged 18 to 70 years old diagnosed with alcohol addiction syndrome (F10.2) in accordance with ICD-10 and fluent in Russian. In total, 60 people took part in the study, 30 of them were residents of St. Petersburg and the Leningrad Region (Group 1), 30 people are residents of the Republic of Sakha (Yakutia) (Group 2).

Conclusion. The study of emotional regulation in alcohol pathology in reference to national and regional affiliation of individuals is of fundamental importance for solving problems in the field of ethnic psychology and psychiatry. In order to effectively provide medical, psychological and psychotherapeutic care to patients with alcohol addiction and other forms of addictive disorders it is necessary to take into account national and regional characteristics that can be an internal resource for the success of the assistance provided.