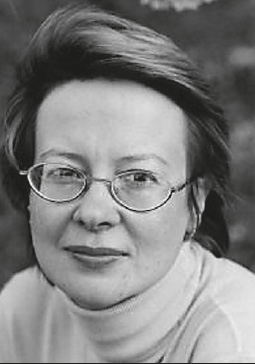 Relevance. The current situation of the pandemic and a number of other crisis situations in modern society have shown the insufficient development of the methodology of clinical psychology which for a long time has been focused on the study of various kinds of clinical groups, the creation of single techniques, individual correction and psychotherapy. As it turned out, such a multidisciplinary and mostly naturalistic organization of clinical psychology does not meet the problems that arise in the modern mass information society, in particular in crisis situations. The study shows that cultural-historical clinical psychology meets criteria of multiple challenges.

The objective of the article is to analyze the possibilities for the development of clinical psychology in a crisis situation of a pandemic, to compare the possibilities and ways of both traditional and cultural-historical psychology to respond to the challenges of new social and cultural realities. Our task in this research was to broadly present the main directions of development of clinical psychology with an orientation towards increasing compliance with the requirements of modern culture.

Results. A number of trends in the development of clinical psychology, its progress in the direction of cultural-historical clinical psychology are outlined. The possibilities of a shift from ascertaining studies to anticipatory and project ones are shown. This type of a shift means moving from the study of facts and data correlations to the study of cultural and historical mechanisms of the formation of disorders and psycho-techniques of corrective and preventive influence. The prospects for the move of culturalhistorical psychology in the direction from the receptive study of clinical groups to the control of the formation of patho-psychological phenomena in large social groups and information spaces are outlined.

Conclusions. A new field of methodological and ontological developments is presented with the aim of creating a systematic applied cultural-historical psychology that can actively and in anticipatory manner answer the questions of modern society and culture. The research has shown the possibility of involving this area of psychological science in solving urgent practical problems arising during the pandemic and other crisis situations.

Background. The issue of the applied clinical psychology methodology is very relevant due to the considerable diversity and unsystematic review of modern research. There is a confusion of research works focused on the psychological explanation of mental disorders, statistically correlation studies, which provide links between various parameters, properties and characteristics based on a study of various clinical patient groups, and also incomplete works of applied research in clinical psychology.

The Objective of the paper is a theoretical and analytical study of the applied clinical psychology.

Background. The topic of the psychological consequences of mass disasters for children and adolescents (victims of natural and man-made disasters, military conflicts, terrorism), and also the corresponding risks, threats to their mental development is insufficiently covered in modern psychology. Difficulties in carrying out research cause their quite a small number in relation to the children's population.

The Objective of the analytical theoretical research is 1. to study the general state of the issue and the most discussed modern models of experiencing mass disasters and its impact on the psychological well-being of children and adolescents who are victims and witnesses of mass natural cataclysms, socio-anthropogenic and technogenic catastrophes; 2. to conduct cultural and historical analysis of the issue; 3. to handle central discussion issues regarding the prevention of destructive psychological reactions in the younger generation.

Progress Report. In the theoretical and analytical research, an array of ideas about the psychological consequences of mass disasters for the younger generation is consistently considered from the early historic periods up to modern days. A critical analysis of the main methodologies that lie in the basis of most modern research is presented, and finally, the paper considers the possibilities of systematic cultural and historical analysis in the framework of the issue stated in the title, including the prevention of destructive psychological reactions.

Research Results. The analysis has revealed the partiality and diversity of research models, the often inconsistent conclusions drawn on the basis of their research development; discussion on issues of preventive intervention.

Conclusion. The integrative possibilities of cultural and historical analysis are shown, including the methodology of the research carried out earlier, the possibilities of designing preventive measures that increase the psychological stability of children and adolescents to the traumatic consequences of extreme situations. The essence of the proposed approach is the cultural and historical understanding of internal and external causes and mechanisms of various posttraumatic stress disorder (PTSD), the nature of care and work with them, and also in the possibilities of diagnosing "weaknesses", premises for the development of such disorders in the conditions of a society.

The paper emphasizes the need in differentiated cultural historical analysis of children’s development in the contemporary social and cultural stratification of the Russian society. The latter requires an analysis of different cultural and historical environments that are specific for different social strata, subcultural formations which are specified step by step in a particular family where the child is reared.

The paper focuses on analyzing cultural historical and social situations with the development of contemporary children (5.5 to 7 years old) in high-resource families of mid-upper social stratum living in the metropolis areas. On the basis of the empirical data receives within a particular family structure the child’s character is discussed on a par with his qualities which are most desirable, emphasized by parents and associated with the priorities of the group, according to which parents chose the way of developing their child. The discussion focuses on the strategies of child development in one of the most prestigious preschool educational institutions: the credo of the institution is analyzed, the main teaching strategies using the «fairy tales» are highlighted, the nature of the typical relationship between teachers and children in the institution is emphasized. Narrative allows to single out features of child perception and “recycling” this educational technology.

The results obtained make it possible to identify major areas of risk in the emotional and personal development of children in this group supported by the ill-conceived teaching strategies, and they provide an opportunity to understand the obtained data in the wider cultural and historical perspective.

The paper presents a theoretical analysis of the role of identification with «father figure» on a par with its symbolic functions in the development and formation of child self-identity. Particular attention is paid to the potential application of cultural historical psychology and modern psychotherapeutic approach in studying the processes of internalization and identification. The empirical study was conducted in 3-4 and 4-5 years children using Children’s Apperception Test (CAT) by S. Bellak and L. Bellak. the Methods of phenomenological analysis were used, elements of content analysis were applied to the results of perception, projective comments and stories of children after the third CAT table by S. Bellak and L. Bellak was produced to them, and also qualitative analysis of child behaviour are presented. The results have revealed the change of «father figure» perception, which is an external marker of identification deeper processes. Particular material gives basis to discuss qualitative transformation of «father figure» identification taking into account age-related categories, and also the mechanism of identifying and assigning the appropriate emotional experience. By identifying the «father figure» as prior aggressive category the child affirmation receives a meaningful and socially accepted form of manifestation that marks an important stage in the development of self-identity.